Members of the PSP Global Community

We regularly feature the distinguished and accomplished graduates of The Professional School of Psychology. There have been many to which we can point with great pride. Here are just a few.

Dr. Marcia Reynolds, president of Covisioning LLC is the master of teaching others how to engage in powerful conversations that connect, influence, and activate change, even when emotions are strong. From government agencies and large multi-national companies, to coaching schools in Italy, Turkey, Russia, China, India, the Philippines, and across North America, she’s been hired by organizations around the globe, not just because of her highly engaging presentations but because of ability to change people’s minds. Marcia’s books include Outsmart Your Brain, Wander Woman, The Discomfort Zone: How Leaders Turn Difficult Conversations into Breakthroughs and her latest international bestseller, Coach the Person, Not the Problem. 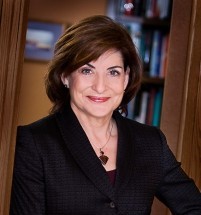 Dr. Reynolds is also on faculty for the International Coach Academy in Russia, Create China Coaching in China, and the Advanced Coaching Program offered by Benchmark Consulting in the Philippines. She is a Honorary Director for Potential Genesis HR Services LLP, India, developing coaches and advising on business growth and leadership in Indian organizations with coaching. Marcia was the 5th global chair of the International Coaching Federation and one of the first 25 people in the world to become a Master Certified Coach (MCC). She serves as Training Director for the Pyramid Coaching Institute and teaches for coaching schools in China, Russia, the Philippines and India, and offers master classes globally both live and online. 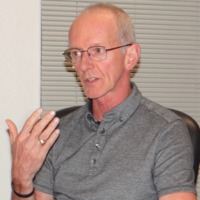 Kevin Weitz has almost thirty years’ experience leading organizational transformation and change projects, with expertise in building leadership teams to drive change. He has global experience with multinational organizations in the US, Canada, Kazakhstan, Latin America and South Africa. Dr. Weitz has authored a Kindle e-book about organizational culture change entitled The House of Culture. 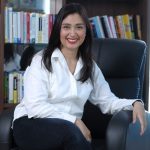 As a Clinical and Organizational Psychologist, Mirasol focuses her consultancy on both family wellness and family owned business development. She directs the team at TASE (Singapore and Jakarta, Indonesia) to offer premium psychological services to the community. She is also TASE principal consultant in training performance and resilience psychology to corporate organizations.

Mirasol has lectured in the tertiary institutions in Singapore with a focus on adolescent development and behavioural and emotion coaching for children. In this regard, she has worked with numerous parents on handling stress and motivation within the family. She runs regular parent support groups at her centre. In alignment with the growth on neuroscience emphasis, she is currently focusing on how cognitive development in integration with emotional expression enhances logical thinking skills to acquire concepts and information that are grounded in social reality.

David Skibbins, Ph.D. won the St. Martin’s Press 2004 Best Traditional Mystery Contest with his first fiction book, Eight of Swords. This successful first title in The Tarot Card Mystery Series was followed by High Priestess in 2006, The Star in 2007, and finally The Hanged Man, published in 2008. The hero of this series, Warren Ritter, is an ex-revolutionary manic-depressive, Tarot card reader on Berkeley’s Telegraph Avenue. Skibbins’ latest novel, Rose’s Little Handbook of Psychotherapy, fictionalizes his personal learning and professional experiences in the field of psychology.

Skibbins has been a practicing psychotherapist for twenty-five years. He is a certified life coach, and was the founding Coordinator of the of the John F. Kennedy University Life Coaching Certificate program. He also supervises coaches-in-training at Coaches Training Institute. The Stake: The Making of Leaders, co-written with Henry Kimsey-House and published by CTI’s Co-Active Press, is a novelized exploration of that organization’s Co-Active Leadership training program. Skibbins’ latest non-fiction book, published by New Harbinger Publications is: Becoming a Life Coach, A Complete Workbook for Therapists. His previous self-help guide, Working Clean and Sober was published by Hazelden Press in 2000. Skibbins is working on the second edition of Working Clean and Sober, which will be released in 2016. David lives on the Pacific Coast at The Sea Ranch, California with his brilliant wife and his frisky Portuguese water dog. He is active in local community theater and appreciates the occasional deep conversation with his young grandsons. amazon.com

Daniel J.N. Weishut is a professional with a diverse background and twenty five years of experience in consultation and therapy with a wide variety of clients and issues. Taking a world-view that people are diverse but equal, he offers his services as a “Partner on the Way”. He is a licensed clinical psychologist living in Jerusalem with more than twelve year of experience in governance and management in various organizations and more than twenty years of group facilitation and provision of psychotherapy to individual clients. 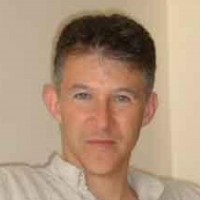 Daniel Weishut works with a variety of clients. However, his special interest is in work with those who have found themselves persecuted or otherwise in conflict with their social environment, because of their culture, identity or belief system. For example: migrants, expats, refugees, Holocaust survivors, soldiers, pacifists, and individuals from religious, cultural or sexual minorities. Dr. Weishut serves as a Board Member of the Israeli Association of Group Psychotherapy. is active in Amnesty International as Chairperson of the Control Committee (Israel Section), and is part of a project for raising awareness about the situation of Bedouins around Jerusalem.

Jan Bouch is an organizational and educational consultant who has gained a well-deserved reputation as a major figure in the promotion of reform in judicial systems throughout the world — working in court systems throughout North America and the Mid-East. Along with President Bergquist, Ms. Bouch conducts a cutting-edge program in the Massachusetts Judicial System and the Judicial system of the District of Columbia that involves the training of judges from throughout the system in the art and science of skillful peer mentoring. 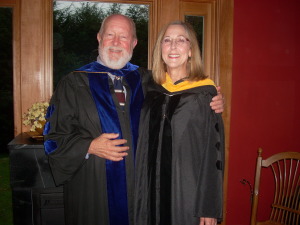 Jan Bouch earned her bachelor’s degree from the State University of New York – Albany and her MHS from Keene State College. Dr. Bouch completed her doctoral program in Organizational Psychology at PSP in 2013. She is a 1994 graduate of the Court Executive Development Program and has over twenty years of administrative, consulting, and education experience with courts and other organizations, and is certified to teach educational courses about the brain.

Ms. Bouch is the primary author of the National Association for Court Management’s Education, Training and Development Core Competency Guideline, and the Education, Training and Development & Leadership courses for the Michigan State University Judicial Administration program. She is also a certified executive coach. Jan can be contacted by email at: jan.bouch@sbcglobal.net

His roles include Consultant for Leadership Development, OD & Action Learning in the corporate and public sector throughout Southeast Asia. Jayan has led leadership/talent/HiPo programs in corporations such as Hewlett Packard, and has designed OD interventions and facilitated workshops for organizations such as Microsoft, Fraser and Neave, the Ministry of Defense in Singapore, Singapore Prison Services, and RBS. He focuses on Leadership Alignment, Changing Mindset, Collaboration, and the building of Positive Cultures. 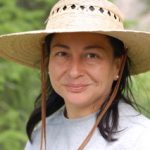 Raised in a bi-lingual household in a highly multicultural environment, Karin Bustamante learned to make use of multiple viewpoints and navigate complex environments. While this ability lent itself to a successful first career as a human resource professional it wasn’t until Karin reconnected with her own felt experience through the practices of yoga and meditation that she found her calling. Karin’s intention is to allow her life experience and professional goals to help organizations foster an environment that welcomes differences.

In addition to completing a Masters degree in Contemplative Psychotherapy and fulling the requirements as Licensed Professional Counselor (LPC) & Certified Group Psychotherapist (CGP), Karin has studied, practiced and taught yoga/meditation for over 15 years in the Denver area. She also has trained in the Hakomi Method, a body centered approach to psychotherapy. Karin Bustamante teaches at Naropa University, has a private practice where she works with individual & groups, and offers workshops in psychotherapy and yoga throughout the year.

The Work of PSP Community Members

To further honor members of the PSP Community we feature several essays written by several members. 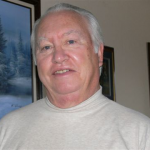 John Bush offers an analysis of small groups as complex system. John is a retired business executive, pastor and musician who now lives in the Gold Country of California. 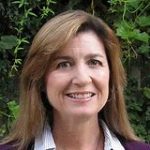 Sara Galbraith prepared an essay as a student at PSP which applies the perspectives and practices of the noted psychotherapist, Aaron Beck to the hypothetical treatment of Abraham Lincoln’s depression. Sara is a provider of psychotherapeutic services in Sacramento, California.

Maria has published an essay entitled: My Hope for Having Children: An Update Of True Story Of Love, Sacrifice, Faith, Courage And Hope. This powerful essay is about hope with a focus on the most incredible, yet breath-taking part of Maria Calderon Romero’s life story: “my hope for having children.” What happened once her “hope” became a reality with triplites that were born with many life challenges. She now writes sixteen years later about the continuing miraculous journey led by Maria and her three children. Hope, courage, and faith continue to positively play an important, instrumental role in our lives.

My Hope for Having Children: An Update of True Story of Love, Sacrifice, Faith, Courage and Hope | Library of Professional Psychology

In A New Core Anchor for a Different Voice: Connection, Suzanne Brennan-Nathan writes about the role played by interpersonal connections in her own life and in the life and vitality of organizations with which she is affiliated. While “connection” did not appear on Edgar Schein’s list of core anchors, all human beings are hard-wired to connect.

A New Core Anchor for a Different Voice: Connection | Library of Professional Psychology

Among Many Other Distinguished and Accomplished Alumni

When they graduate from The Professional School of Psychology, our mature and accomplished students have tended to move on to even higher and more distinctive levels of responsibility and influence. One of our graduates has served as Deputy Director of the Department of Mental Health for the State of California (overseeing all State Mental Hospitals); another has established the first freestanding graduate school of psychology in Eastern Europe. One of our graduates is a Professor of Psychology at a major medical school in California, while yet another heads the Department of Psychology at the Northern California campus of an internationally-known university.

One of our graduates is both a pharmacist and psychologist. Her book on psychopharmacology is an international best-seller. Another of the women who recently graduated from PSP will be uniquely combining her degree and license as a nurse practitioner with her license as a psychologist. Two of our graduates are pastors who have integrated their work in the church with clinical psychological services. Another graduate is a full Professor of Literature at a major Midwest university who wishes to work with men with prostate cancer; yet another of our graduates is integrating her work in California prisons with her Doctoral Degree in Clinical Psychology. Many of our other students and graduates own their own consulting firms and are working with organizations throughout the world.