Learning Under the Banyan Tree

The Banyan is a stately tree with branches extending horizontally over a wide area. These branches often root themselves in soil below the tree. The Professional School of Psychology (PSP) resembles the Banyan Tree in that the programs of this unique global learning community extend and root themselves in societies throughout the world, addressing (through education, training, research and scholarship) the distinctive psychological challenges to be found in each society.

Banyan is also the name given to a group (caste) of people who gather under the Banyan tree to exchange ideas and goods. For many centuries these merchants and travelers served as a bridge between various cultures and were themselves among the first international “educators.” Members of the Global PSP community are similarly engaged in and committed to an exchange of ideas across international boundaries. At our best, we are a Banyan Tree under which knowledgeable and inquisitive life-long learners gather from throughout the world.

Such a tree is needed in the midst of the epistemological revolution we must all confront–regardless of our physical location. It must be a tree that provides shelter against cultural chauvinism and entrenched dogma. It must be a tree that inspires thoughtful, appreciative and transformational dialogue honoring the wisdom and diverse perspectives of all members of the Global PSP community. We hope that such a setting is to be found in the many gatherings of the Global PSP community.

During the 20th century many disciplines grew increasingly autonomous, and with the rise of logical positivism and related empirically-oriented perspectives, practitioners in many physical and behavioral sciences tended to divorce themselves from all but the most seemingly “scientific” of disciplines. Using the so-called “scientific methods” of physics, astronomy and chemistry, practitioners in the fields of biology, psychology, anthropology, sociology, economics and political science confined themselves to rather trivial questions and constrained their observations of the world in order to remain “objective,” “detached” and “analytic.” These biological and behavioral science practitioners not only divorced themselves from the humanities and many of the professions, they also tended to be suspicious of one another, seeking to join physics, astronomy and chemistry at the top of the disciplinary pecking order. 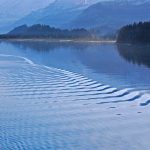 Now, during the 21st century, there is an epistemological revolution that brings many of these estranged fields back into conversation with one another. This is occurring not only because many of the behavioral and biological sciences have themselves come to the end of the road with regard to the confining “scientific method,” but also because epistemology is itself undergoing profound change. There is the revolution of chaos and complexity in the physical and behavioral sciences, the introduction of radical concepts regarding time and causality in cosmology, the shattering of the analytic (“smashed rat”) tradition in the biological sciences, and the postmodern challenging of interpretative traditions in the humanities and behavioral sciences.

Transformative and Appreciative Models of Learning

The Professional School of Psychology offers transformative and appreciative doors of learning into this new world. As a portal, PSP exemplifies optimism about the future and a turning to appreciation and images of success and accomplishment when faced with the challenge of profound personal, organizational and societal transformation. As Martin Seligman notes in the opening article of the first issue of the American Psychologist in the 21st Century, this new century is a time for psychologists to investigate and grow wise about not only the fears and delusions of humankind (the primary task of 20th century psychology), but also the hopes and dreams of humankind that enable men and women to sustain their efforts and search for a better life, despite their individual and collective fears and delusions.

The learning events of the Professional School of Psychology are intended for motivated mature learners who wish to expand their own conceptual horizons and to integrate greater self-understanding with a more profound appreciation for the complexity, unpredictability, turbulence and contradictory nature of our contemporary world landscape. This is not a “university without walls.” Rather it is a “university with moveable walls.”