The Administrative Staff at PSP 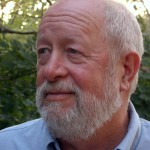 Dr. William Bergquist serves as President and Chief Executive Officer of The Professional School of Psychology. As president, Dr. Bergquist oversees all operations of the school. In conjunction with the Board of Trustees and other members of Administrative staff and faculty, he prepares and monitors strategic plan of school. He assists the Chief Academic Officer in building new psychology degree programs for the school.

Dr. Bergquist is an internationally-known coach, consultant, trainer and educator. He is author or co-author of more than 50 books and 100 articles. His publications range from the personal transitions of men and women during the second half of life and the struggles of men and women in recovering from strokes, to the experiences of freedom among the men and women of Eastern Europe following the collapse of the Soviet Union. William Bergquist has served as a consultant, coach and/or trainer to leaders in more than 1,000 corporations, government agencies, human service agencies, colleges and universities.

Kathleen O’Donnell serves as Director of Operations. She oversees the school’s finances, accounts payables and receivables, manages internal staff, and is responsible for all other internal administrative duties. She has had a career with executive management positions in the fields of education, finance and insurance.  Kathleen earned two degrees from Indiana University of Pennsylvania – a Master of Arts in Adult/Community Education and a Bachelor of Science in English Education. 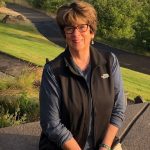 As Program Coordinator and the staff support for the President, Maureen Simmons schedules all certificate program courses, manages registrations, tracks learners’ progress, manages social media posts and faculty contracts and invoicing. Maureen trains new faculty and learners on the use of the learning management systems used at the school. Maureen earned a Bachelor of Science in Elementary Education at the University of North Texas and had a career as an educator as well as Team Leader positions and supervising/mentoring student teaching interns. 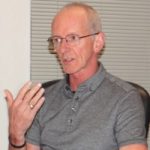 In the role of Custodian of Records, Kevin operates as the keeper of all formal student records, transcripts and post-graduation files. Dr. Weitz is a very active consultant and educator, with a focus on strategic planning and its relationship to organizational culture. He is the author of The House of Organizational Culture and received his doctorate from The Professional School of Psychology.