Agnes Mura serves as independent Corporate Director on the Board of Aircastle, a fast growing global company that acquires, leases and sells commercial jet aircraft to airlines in over 37 countries. Since Agnes Mura joined the prestigious Aircastle board and its Nominations & Governance and Compensation Committees, the firm’s enterprise value has increased well over 30%. 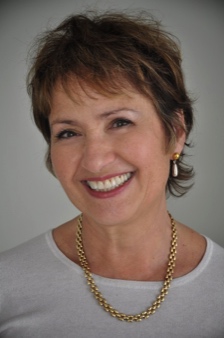 Her life journey began in Communist Romania from where she escaped by herself in her late teens, carrying nothing but a little suitcase . . . and also fluency in five languages, a broad education and a profoundly humanistic value system. In an environment where “all you could accumulate honestly were the riches of the intellect and of the heart”, she had learned about the toxicity of intolerance and the irrepressible resilience of high achievers.

She completed her BA in Edinburgh and her MA in Germany, worked as a broadcaster, professor, academic department head in a German college, until her remarkable mother (a world-renowned piano professor) attracted her to Los Angeles in 1983. She accepted an executive role in international relations for the Los Angeles Olympic Organizing Committee, and was soon charged with leading the secret diplomatic mission that persuaded the Romanian Olympic team to break the Soviet boycott of the 1984 Games.

Her reputation and language abilities launched what would become a very successful 10-year career in international banking, where she was steeped in global economics, international business development and the management of dispersed teams serving the world’s VIP clients.

Agnes Mura made a choice at the height of her career, in the mid1990’s: to dedicate herself to developing high achievers. She was among the first Master Certified Coaches (ICF) in the US, working throughout the Americas and Europe with executives, business owners, service professionals and (public) boards.

Agnes is a “head, heart and guts” partner to leaders who deal with the complexities, uncertainties and turbulences of today’s world. She supports companies in accelerating, upgrading and expanding their (global) leadership pool: “Building Talent at the Speed of Business”.

When delivering leadership development programs for senior, high-potential or emerging global leaders, she directly impacts each firm’s culture and thus long-term business results. A highly stimulating author and speaker, she leaves her audiences both stirred and enabled to take on new creative action.