Our school continues to move forward in its new non-degree granting form. We are actively engaged in both scholarly and research endeavors that are being transformed into publications—including publication of our first book under the school’s new publishing wing. We are also offering certificate programs and creating content for future certificate programs through our studio and laboratory programs. A new “field station” initiative is also underway.

Perhaps most importantly, as already noted, we will once again be offering a virtual Gathering, the school also continues to offer transcript services to all graduates of the school.

Here is a bit more about each of the ongoing activities of the New Global PSP.

Projects are underway in seven areas: (1) the psychology of freedom, (2) the psychology of hope, (3) the assumptive worlds of psychopathy, (4) pathways to sleep, (5) the nature and impact of human-embedded technologies, (6) the current state and future of executive coaching around the world (work done in conjunction with the Institute for Research on Professional Coaching) and (7) the impact of COVID-19 on psychological services being offered in Israel, North America and Asia (a cross-cultural study).

These projects have already yielded more than two dozen essays that are published in either the digitally based Library of Professional Psychology (owned by PSP) or the digitally based Library of Professional Coaching (rated six years in a row as one of the five most important coaching resources in the world). These essays have been authored or co-authored by twelve PSP graduates, faculty members and administrators from North America, Israel and Asia. You can go to either library to find the work done by members of the New Global PSP Community, as well as many other authors from around the world.

We have established Ash Point Publishing, which serves as the umbrella and administrative wing for three publications venues. The first, Pacific Sounding Press, has been in business for more than two decades and has already published ten books. It has focused on education, though expanded several times to health care and organizational psychology. The second initiative, the Professional Psychology Press, is newly established and as the name suggests will publish books concerning new directions in our field. The third initiative, Atlantic Soundings Press, is also new. It will focus on broader social, economic and political matters.

The Word for World is Work

We are very pleased to announce that the first Atlantic Sounding Press book has been published and is now available for purchase. It is titled “The Word for World is Work: The Life of Women” and contains the exceptional work done by Rosalind Sun, one of our alumni, who conducted interviews with the women working as foreign domestic workers (FDWs) in Singapore. Unlike the best-selling book, the Help, which tells of interviews done with the domestic workers in the American South, the Word for World is Work contains these interviews. Rosalind’s work is complemented by Bill Bergquist study of two other populations of women for whom their entire life has been dedicated to work. The first of these populations is the Mill Girls who operated the looms in New England for more than a century. The second group of women are the Harvey Girls who helped to build the American West by serving as the pioneer wait-staff in the new hotels and restaurants built in this region of the United States. All three of these populations faced many hardships and lived in societies that excluded them and offered few privileges. The book concludes with an extensive discussion of the structures, processes and attitudes/cultures that prolong this abuse and that could help to bring inclusion and privilege to the lives of working women throughout our contemporary world. This book can be purchase on the PSP website. Here is the link:

A second book is about to be published and is co-authored by two PSP graduates, Eliza Yong and Jayan Warrier, along with Bill Bergquist. Called “Awakening Spring in Autumn”, this book concerns the opportunities and challenges afforded mid-life women and men in both Asia and North America. Building on the research and scholarship done by the three authors, as well as their own extensive professional psychological experiences (clinical, consulting and coaching), this book builds off legendary narratives from three societies (Chinese, Indian and European) and covers such themes as rediscovery of voices from “other rooms”, generativity and stagnation, and the stages of new learning. We will announce when this book (under the new Atlantic Soundings Press) will be available for purchase.

Our third book is an edited compilation of essays written by PSP alumni, faculty and administrators that open the door to new directions in the emerging field of health psychology. Addressing health-related issues at four levels (treatment, amelioration, prevention and empowerment), the co-editors, Christie Lewis and Kendell Munzer (graduates of PSP), along with Bill Bergquist, include work concerned with such diverse issues as the role of hope as a curative (or distracting) element, strategies to be engaged by health-based coaches and psychologists, and the formulation of public policies to confront COVID-19 related challenges. We will announce when this book (under the new Professional Psychology Press) will be available for purchase.

Five more books are now in preparation. We will let you know when they are ready for purchase. Your patronage of our presses is warmly welcomed, not only as a way to support our school and members of the New Global PSP community, but also because these are wonderful books that are filled with many insights and tools that are directly related to the mission and multi-disciplinary perspectives of The Professional School of Psychology.

Where exactly are these ideas and publications coming from? Obviously, they are coming from the minds, hearts and lived experiences of the PSP authors who are preparing these documents. However, there is something more that is contributing to the remarkable outpouring of publications from the New Global PSP Community. Support and cooperation are abundant in this community! As Charlie Smith, who curates one of our new LPP journals, would describe it: PSP is involved in collaborative innovation (the name of Charlie’s journal). Specifically, three venues are now in place to enhance this collaboration. These are the tradition ways in which innovative work is being done in universities: the studio (for the arts), the laboratory (for the physical, biological and psychological sciences) and the field station (for the natural sciences). However, as one might expect, PSP is engaging these three venues in a quite different (collaboratively innovative) manner.

We are about to offer our seventh studio which involves members of the New Global PSP Community who have viewed a particular work of art (up to this point a movie) and come together via Zoom on a Saturday morning to reflect on the psychological implications of this artwork for themselves and, potentially, the clients they serve (as clinicians, coaches or consultants). The last 15 minutes of each studio is recorded with studio participants identified ways in which this work could be engaged in future art-enhanced psychotherapy, coaching and/or consulting. Movies up to this time have addressed a variety of topics including the nature of transference, positivity, the estrangement of couples – and even what is to be learned from octopi!! We invite you to attend one or more of our future studios. They are filled with enlightenment, collegiality and potential future work as a member of the team who will be offering an advanced PSP certification on “art-enhanced psychotherapy/coaching/consulting.

Alongside the PSP studios, we have been offering a series of laboratories, where a specific topic is introduced and explored by laboratory participants over a series of two or more 1 ½ hour Zoom sessions. Held typically on a Friday morning (Evening in Asia), these labs have addressed such diverse topics as the psychological ramifications of COVID-19, the implications of Quantum theory for intersubjectivity-based psychotherapy, and the impact of “micro-aggressions” on one’s self-identify and role in society.  More than a dozen essays have been generated from these laboratories, and they have been used as “testing ground” for topics that have produced or are about to produce the publication of books. Currently, the laboratory program is on hold—waiting for the next topic to be addressed. Would you like to help convene a multi-session laboratory on a cutting-edge topic of great interest to you? Let Bill Bergquist know (bill@psychology.edu).

This is the newest of the venue being engaged by PSP. Unlike traditional field stations, this one is digitally mediated. It is based on the use of Survey-Monkey as a tool for accessing the attitudes, observations, and perspectives of people from countries throughout the world. Projects already under way or completed are concerned with the development of professional coaches, the rating of more than 70 pathways to high quality sleep, the impact of COVID-19 on psychological services being provided, and the newly emerging and future issues being addressed by those doing executive coaching. Multiple reports have already been published in LPP and LPC; several Survey-Monkey based studies are about to be engaged that are to be presented at an international meeting to be held in April of 2022. While Survey Monkey results must always be viewed in a very tentative manner—given the inevitable bias sampling of those choosing to complete these surveys—the insights gained from these studies can point the way to more extensive (and often more traditional) studies as well as providing suggestive guidance for those engaged in professional psychological services. 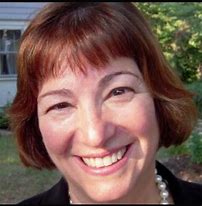 Dr. Suzanne Brennan Nathan is a clinical psychologist, clinical social worker and group psychotherapist recognized as a clinician, program developer and instructor in the treatment of trauma and addictions. For forty years, she has practiced psychotherapy in Boston and Newton, MA. Currently in full-time private practice, Dr. Brennan Nathan has been the clinical director of several group practices specializing in the treatment of addictions.

Suzanne has been on the clinical faculty at numerous social work schools in the Boston area, including Smith College, Boston University, Simmons College and Boston College. She was the founding director of the Family Crisis Team (Child Sexual Abuse Team) at The Cambridge Hospital and was a Lecturer on Psychiatry at Harvard Medical School. She divides her time between Boston and Northern California.

In A New Core Anchor for a Different Voice: Connection, Suzanne Brennan-Nathan writes about the role played by interpersonal connections in her own life and in the life and vitality of organizations with which she is affiliated. While “connection” did not appear on Edgar Schein’s list of core anchors, all human beings are hard-wired to connect.

A New Core Anchor for a Different Voice: Connection | Library of Professional Psychology