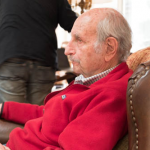 In 1970 Breger became Professor of Psychoanalytic Studies in the Humanities and Social Sciences Division of the California Institute of Technology. He graduated from the Southern California Psychoanalytic Institute in 1979, where he became a Training and Supervising Analyst and was the recipient of the Franz Alexander Essay Award and the Distinguished Teaching Award. In 1990, he resigned from that institution and, with a group of colleagues, created the Institute of Contemporary Psychoanalysis (ICP) where he was the Founding President from 1990 to 1993. ICP reflected Breger’s commitment to an open, democratic form of education: it is a non-hierarchical training institute, not affiliated with the American Psychoanalytic Association.

Breger has been both a practicing psychotherapist and a faculty member at several universities where he carried out research on dreams, reformulations of psychoanalytic theory, psychotherapy process and outcome, personality development, and the application of psychoanalysis to literature. He has also published two biographies of Sigmund Freud and a recent study of psychotherapy based on the many patients he has seen over the last 50 years. He has always taken a critical stance towards psychoanalysis, as revealed in most of his publications. His work on dreaming – using the REM techniques of monitoring sleep through the night – showed that dreams are symbolic attempts to master emotional conflicts that have been aroused during the pre-sleep period, in contrast to Freud’s wish fulfillment theory (see Function of Dreams, 1967).

His work on personality development – as found in his book From Instinct to Identity – is an integration of theory and research from child development, John Bowlby, Erik Erikson, Harry Stack Sullivan, Freud, Jean Piaget, primate studies, and research on hunter-gatherer societies. The study of Dostoevsky treats him as a fellow “psychoanalyst” who has much to teach us rather than a patient to be “analyzed.” The two biographical studies of Freud bring out the personal – often traumatic – roots of what is valuable and problematic in psychoanalytic theory and therapy.
_____________

From Instinct to Identity: The Development of Personality (Prentice Hall, 1974, reissued by Transaction Publishers, 2009)

A Dream of Undying Fame: How Freud Betrayed His Mentor and Invented Psychoanalysis (Basic Books, 2009)

“Some metaphorical types met with in psychoanalytic theory.” Psychoanalysis and Contemporary Thought 4,107-140, (1981)